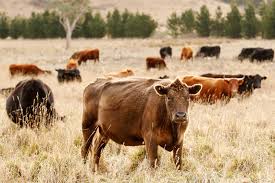 Antibiotics In Veterinary Livestock Animals Production - Growth Promoting AntibioticsAnimals receive antibiotics in their feed and water, which creates antibiotic-resistant bacteria in their gut.Antibiotics have been used in animal feed for about 50 years ever since the discovery not only as an anti-microbial agent, but also as a growth-promoting agent and improvement in performance. Tetracyclines, penicillin, streptomycin and bactrican soon began to be common additives in feed for livestock and poultry.These include bacitracin, flavophospholipol, pleuromutilins, quinoxalines, virginiamycin and arsenical compounds. In the USA, compounds used as growth promoters for cattle include flavophospholipol and virginiamycin, both also used as growth promoters in poultry.At any stage of life, calves, cows, and bulls can encounter bacterial infections like pinkeye or infected wounds that require treatment with antibiotics. Examples of commonly used antibiotics for these conditions include penicillin, tetracycline, ceftiofur, florfenicol, tilmicosin, enrofloxacin, and tulathromycin.Feeding antibiotics may permit growth by preventing immunologic stress and associated metabolic changes.We have huge variety of Antibiotics like Poultry Antibiotics like Azithromycin, DAX-50, Levofloxacin,AMX-500, Tylosin Tartrate etc. and LARGE ANIMAL ANTIBIOTICS like SAB AMVIT (100ML),SAB OXYRIDE,MULTI VITAMIN,SAB HYDROGEN PEROXIDE etc.Antibiotics In Animal Feeds , Animal Nutrition Antibiotics , Antibiotics In Livestock Production, Benefits Of Antibiotics In Livestock, Animal Antibiotics List, Antibiotics In Poultry Feed, Antibiotics In Animals, Growth Promoting Antibiotics

Favipiravir Intermediate Powder PriceAntiviral API Medication Supplier And ExporterFavipiravir Is An Oral Antiviral Approved For The Treatment Of Influenza .  It Is Also Being Studied To Treat A Number Of Other Viral Infections.The flexibility that favipiravir shows in its ability to act on multiple different influenza viruses has led to other countries using the drug to explore treatments for novel (emerging) viruses including Ebola and most recently, COVID-19. However, outside of its effectiveness in treating the influenza virus, evidence in support of this drug is still scant and preliminary.Favipiravir is among the many drugs currently being trialled to treat COVID-19 (alongside Ebola drug Remdesivir, the HIV drug combination lopinavir/ritonavir, and a combination of lopinavir/ritonavir with Interferon beta, and others).Get Our Latest Price Promois International - Pharmaceutical Raw Material Powder Manufacturer, Wholesaler Supplier And ExporterFor Purchase or For more informationcustomercare@promois.ruwww.promoisinternational.comBuy Favipiravir, Favipiravir Intermediate Supplier, Antiviral Favipiravir Api, Favipiravir Api Suppliers And Exporters ,  Favipiravir Api In India , favipiravir api price in india, favipiravir api price, Antiviral drug favipiravir, API for favipiravir

Favipiravir Raw Material Powder  Supplier And ExporterFavipiravir is an antiviral medication that was developed in Japan and got approval for treating people with influenza. It reportedly showed anti-viral activity against all subtypes of influenza virus strains. Not only does it inhibit replication of influenza A and B, the drug has also shown promise in the treatment of avian influenza, and as an alternative to treat influenza strains resistant to the first choice of treatment.Favipiravir has demonstrated an encouraging response in mild to moderate COVID-19 patients during clinical trialsFavipiravir Is An Oral Antiviral Approved For The Treatment Of Influenza .  It Is Also Being Studied To Treat A Number Of Other Viral Infections. Like The Experimental Antiviral Drugs, It Is A Pyrazinecarboxamide Derivative. Favipiravir - Treatment Of Mild To Moderate Covid -19 Patients In IndiaSpecificationComposition  : Favipiravir APIPrescription : PrescriptionForm  :  Powder - APIPackaging Size  : 5,10 kgClick Here For Price List  Promois International - Pharmaceutical Raw Material Powder Manufacturer, Wholesaler Supplier And ExporterFor Purchase or For more informationcustomercare@promois.ruwww.promoisinternational.comFavipiravir Was Approved To Treat Cases Of Influenza That Were Unresponsive To Conventional Treatment. Given Its Efficacy At Targeting Several Strains Of Influenza, It Has Been Investigated In Other Countries To Treat Novel Viruses Including Ebola And Most Recently, Covid-19.Favipiravir Is Extensively Metabolized With Metabolites Excreted Mainly In The Urine.10 The Antiviral Undergoes Hydroxylation Primarily By Aldehyde Oxidase And To A Lesser Extent By Xanthine Oxidase To The Inactive MetaboliteBuy Favipiravir Antiviral Bulk Drugs, Favipiravir Intermediate Supplier, Antiviral Favipiravir API, Favipiravir API Suppliers And Exporters , Favipiravir API Price in India, Favipiravir API Price, Antiviral Drug Favipiravir, API for Favipiravir, Favipiravir API Suppliers, Favipiravir Bulk Drug 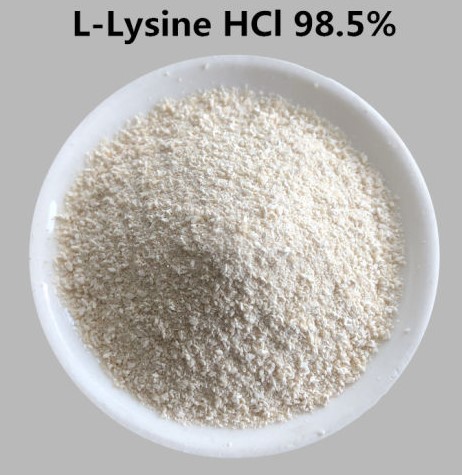 Importance of Lysine in Poultry Feed

Why Vitamin AD3 is important for animals. 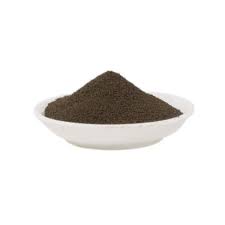